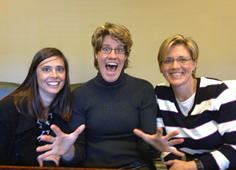 Danette and Terri have been clients of mine for 8 years now. I sold Terri’s townhome and helped them buy their first home together. It was a new construction built from the ground up and we experienced a lot of ups and downs during that process but they called this home for 8 years. They called me last year to discuss listing their home but just weren’t emotionally ready to do so at that time- which was understandable with the downturn in the market. A year later Danette called me again and said they were ready this time to pull the trigger and sell their home. We walked through the home and discussed all the things that needed to be done to get the home ready to be shown, we discussed the different pricing strategies, and then 2 weeks later we went on the market priced to sell and looking great! We had 4 showings scheduled within the first 3 days- just as I had predicted if we chose the right price. By the fifth day of being on the market we were under contract at full list price offer and a full price back up offer! Danette and Terri were so excited and ready to move on with the next chapter of their lives. They were so glad this happened quickly so they didn’t have to dwell on living in the home they struggled so much with selling. We were set to close 35 days after being on the market but of course we hit a few speed bumps along the way- the whole time the sellers remained calm and focused on getting to the closing table and that is just what we did! We closed on time and with everyone being happy. I think that while it was very hard for Danette and Terri to leave their beautiful home, they knew they got the most money they could for it and they knew the buyers would love the home as much as they did! It was a true win-win for everyone!