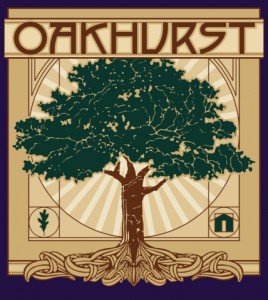 Oakhurst is a historic neighborhood in the southwest corner of Decatur, Georgia, a suburb of Atlanta, Georgia. It is located south of downtown Decatur and approximately six miles east of downtown Atlanta. Oakhurst primarily consists of residences built in early 20th Century and neighborhood businesses. It is roughly bounded by the City of Atlanta’s Kirkwood neighborhood (west of Winter Ave.) on the west; the Atlanta city limits (Northern St. & Pharr Rd.) on the south; West College Ave. (and the railroad tracks paralleling West College Avenue) on the north; and South McDonough St. on the east. There is also a neighborhood near the College Heights Early Learning Center (roughly centered on South McDonough St. & Lenore St.) referred to as “College Heights”, but it is part of Historic Oakhurst.

At the center of the neighborhood is a business district popularly known as “Oakhurst Village” with several eateries, art galleries, and shops. Oakhurst Village is also home to the former Old Scottish Rite Hospital, designed by local architect Neel Reid in 1917. The hospital relocated to the Perimeter District of Atlanta in 1976, and the historic building currently houses an art gallery, a wine bar, and the Solarium, a community center and event facility, where local neighborhood groups meet. There are additional commercial properties and a MARTA rail station (East Lake station) at the northern boundary of Oakhurst, on West College Avenue.

Oakhurst is an eclectic, liberal-minded community, typical of intown Atlanta. It has a diverse mix of African Americans, white residents, senior citizens, singles, young couples, young families, empty nesters, and a large gay community. According to the 2000 Census, slightly fewer than 5,000 people lived in Oakhurst.

Oakhurst originally developed as a streetcar suburb of Atlanta. The Atlanta City Street Railway Company built the North Decatur trolley line in 1892. This line crossed the South Decatur trolley line at the center of the Oakhurst business district – the intersection of East Lake Drive, Oakview Road and Mead Road. This portion of Oakhurst was owned by Eugenius N. Meade in the late 19th Century. His land was purchased by John Ridley in 1907. Mr Ridley had a small farm at this location, but he made his money in the mercantile business and in real estate. He sold much of his land in 1910, and it became part of the newly incorporated Town of Oakhurst. 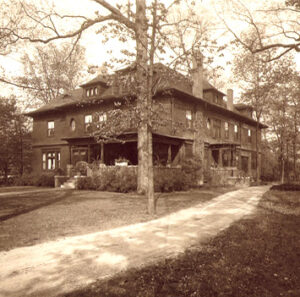 In 1910 the Georgia Legislature approved the incorporation of Oakhurst. Oakhurst’s population was approximately 100 people at the time of incorporation, mostly located around the railroad tracks near College Avenue and the present MARTA station. The original residential directory gave addresses on Park Place, Madison (formerly Viola), College Avenue, Mead Road (formerly Meades Road) and Winter Avenue. Although residences had been constructed in the MAK Historic District as early as 1905-1907, Oakhurst primarily developed in the 1910s and 1920s. The development occurred in clusters. In addition to the 1910 John Ridley development, the Feld Realty development occurred in 1910, East Lake Land Development Company constructed structures in 1910 and 1924; and the A.R. and L.M. Morris development occurred in 1915. 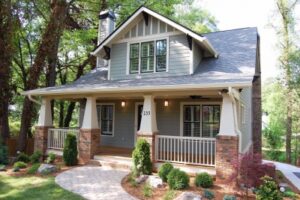 Oakhurst is predominantly a residential community. The primary architectural style of the period homes is that of craftsman bungalows although some homes were also built in the more modest post-war style of the 1940s. The structures are primarily down-scale, pre-World War II, brick homes with front porches. Recently, as property values have risen due to gentrification, newer homes have been built in varying styles.